The communication and imparting of knowledge and culture is continually challenged to find new ways and methods for being successful.
On the one hand this means dealing with new methods for the distribution of knowledge (e.g. every technology that can be summarised under "social media"), on the other hand the question about appropriate and interesting ways of editing, processing and displaying this knowledge is of certain importance.
The latter refers increasingly to ideas of so called gamification, i.e. the adoption of game mechanics for other aspects of life. It is the playful nature of humans that is aimed at with this strategy of reframing a possible learning process and learning success. For example this can be accomplished by increasing interactive content in museums or by an attempt to merge reality and virtuality for providing new experiences - "Ingress" can be named as one of these experiments.1

A further option is not only the adoption of some game mechanics but also the development of an entire game for imparting knowledge. An interesting example for this option is the App "Imagoras" - a result of a cooperation of the Städelmuseum and the game developers of Deck13.2 This App offers a playful access to some paintings of the Städelmuseum without being explicitly declared as an educational game. Although "Imagoras" aims at children as main audience, considerations about developing such games for adults are valid as well.

It is important to emphasise some points that have to be taken into consideration:
The declaration as educational game must not be obvious. A didactic pointing finger is the best way of putting people off who do not occupy with a game for learning, but just for entertainment. Therefore it is essential that a game is designed so that the intended learning success resp. the motiviation of learning more about the topic received in the game comes in a rather subtle way.
Furthermore it is generally important to be mindful of the appropriate amount of interactivity. It is vital to avoid the impression of being deprived from a part of the experience without using a smartphone, without an interest in playing/using any interactive device etc. for a museum visit, for example.
Referring to playing history now, the main focus stresses the possibitiy of computer games as a medium for displaying and conveying knowledge and creating a subtle learning experience.
The variety of implementations is considerable. To begin with one of the most obvious examples, stratetgy games deal with different historical contexts and offer the possibility to reenact important battles or even to create some alternative history. Especially the wars of the 20th century seem to be very inspiring for game development.3

Another option remains at the surface so to speak - it is the historical design of the game. The platformer "Apotheon"4 is an appropriate example to be mentioned here. The game is designed in an ancient Greek look and while its main purpose is to entertain the player it additionally offers insight in Greek mythology, which is done also by integrating text passages from Homer or Hesiod.
Next option is the implementation of a fictional story in a historical context. An example for such games is the adventure game "The Last Express"5 - the story takes place on the Orient Express during its last ride from Paris to Constantinople before the beginning of World War I. The fictional plot of the game is designed in a way that constantly conveys the tense situation of that time also by providing some historical facts that can be read about in newspapers on the train.

The most important option for playing history is definitely the implementation of historical facts for the story itself. Examples concentrate on the genre of adventure games, because the importance of the story is the significant element of these games.
For the introduction only two games as an arbitrary selection shall be mentioned: "Broken Sword 1"6 deals with the story of the Templars (before it became common to use the Templars for nearly all sorts of conspirations). "Gabriel Knight 2: The Beast Within"7 concentrates on the story of the Bavarian king Ludwig II.

These games share the adoption of historical topics and the twist of known facts (in a more or less extensive amount) to tell an intriguing story. From a scientific perspective the distortion of facts is definitely not a welcome approach. When documentaries on TV twist facts for a sensational plot this is usually to be strictly neglected. Regarding games there seem to be a difference. Why?
The answer lies in the game's priority of entertainment and not in providing information. Although the question, how far a corruption of facts can go, is a vital one. E.g. is it legit to play a "just" inquisitor who is burning "evil witches"?
If the argument is still valid that even in this case the game is a motivation for the player to do more research on the topic beyond the game and do some self-reflections concerning moral aspects, will be up to further reflections.
Regarding the balance of effort and benefit of games for the transfer and communication of knowledge a satisfying answer might be difficult to find. The main purpose of games is entertainment, thus the potential of being too subtle for having an educational effect is notable - there are always people who do not care about a historical outfit or a possible historical context of a game and have no motivation to do further research on the basis of a game's topic.
As a general introduction these thoughts show some first aspects and perspectives on playing history. Now more research has to be done. 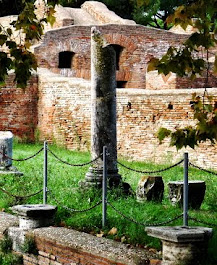